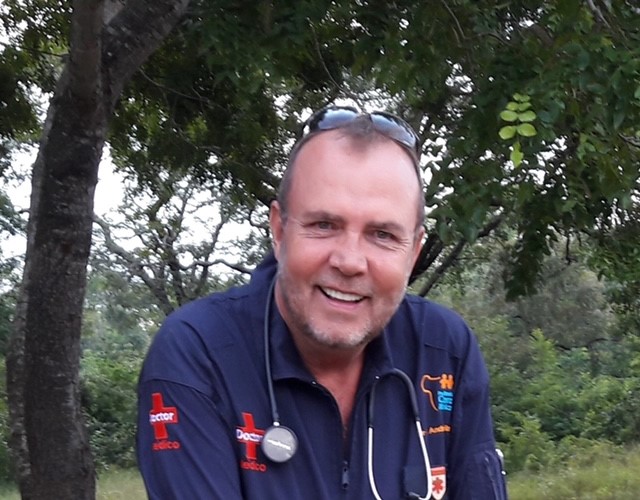 Born in the 60’s from a Scottish mom and Afrikaans dad, I grew up in a small town named Koster in the then Western Transvaal in South Africa.

As a middle child I was never too keen on school as it was in my childhood opinion, too slow and boring, with a lot of more interesting “extracurricular” activities to keep my young mind occupied.

Thanks to a very patient Mom a whole lot of luck and a fantastic teacher called Era van Zyl, I made it through high school.
I was lucky enough to obtain a scholarship at UCLA in the USA where I attended medical school and qualified as a Medical Doctor and surgeon.

I further completed my Ph.D. in neuroscience with my primary area of research in FAS/FAE. Towards the end of my research I spend a year in Taiwan in 1999 at the National Taiwan University Hospital (NTU), to be trained in the fine art and exact science of MRI/CT scan interpretation.

As a poor student and later an even poorer researcher, I had to do all types of weird and sometimes not so wonderful jobs from dishwashing to selling insurance to keep the pot boiling.
After a few years in practice I was getting itchy feet and needed some adventure in my life.
An early midlife crises perhaps …? Africa was calling me.

I always had a fascination with Africa and its awesome wilderness area that still existed then and today, so I started my Africa adventure in Mkushi in Zambia where I was the only Doctor and surgeon at Tusekelemu Clinic for a number of years. I moved to Livingstone after my contract expired. Treating sunburned tourists and the odd dislocated shoulder of white river rafters was not very exciting. I met my wife in Livingstone thanks to a nasty spider bite on her arm. I treated her spider bite and got her to say yes a few years later.

She is a Dutch Lawyer that grew up in Maashees in Holland and was in Livingstone teaching for a few months.

After 2 years in Livingstone I went to Blantyre and Lilongwe in Malawi to do surgeries especially to assist in the first separation of conjoined twins outside of South Africa and to design a small Hospital in Blantyre.

I love designing and building Hospitals as I always felt that architects failed to include the needs of the patients and the Doctors that inhabits Hospitals in their plans. Having had no formal training in building design or architecture, I am totally self-taught and love the idea of creating Hospitals and clinics that can help ill and sick people especially in poor rural areas.

To date I have designed 12 Hospitals and clinics and was fortunate enough to have built 7 Hospitals ranging from ultra-modern 180 bed Hospital in Pweto to a 102 bed pediatric Hospital in Kisangani Democratic Republic of Congo.

I have spent 9 years in the Democratic Republic of Congo where I was first the medical Director for Mutanda Hospital and during my 5 years at Mutanda I designed and build the 156 bed general Hospital for KCC.

I was asked by the President of the Democratic Republic of Congo and the late Ambassador Katumba, to build an International standard specialist Pediatric Hospital in Kisangani in the Oriental province, 72 km from the equator. Kisangani is the cradle of tropical diseases and if you can pronounce it, it will exist in Kisangani, thanks to the Congo River basin and the tropical rainforests surrounding it.

I built the Hospital in Kisangani and it is now known as the Hopital du Cinquantenaire de Kisangani or HCK for short.

I was the Medical director for HCK since its opening in 2013 until 2017 and is very proud of the remarkable achievements of HCK and its very dedicated staff. HCK is a Hospital where our patients comes first at all times every time.

I retired from active medicine and returned to South Africa and launched Pediatric Care Africa.